Why should you implement a VDI solution?

Nowadays when the transition to Windows 10 is necessary, it is recommended to move to a modern, smart VDI infrastructure, Secure , Is always available and managed and operated centrally

There are a number of technologies that provide advanced VDI solutions for workstation virtualization. Some are implemented locally within the enterprise data center and some are managed or run in the cloud. Today, more than ever, it is worthwhile for businesses and organizations to consider the transition to VDI over a physical upgrade of end stations. Especially due to the transition from Windows 7 to Windows 10 and in general, when the need for information security is increasing, along with the requirement for high work availability and from anywhere and on any device that requires a transition from a traditional physical infrastructure to one VDI solution or another.

Want to learn what the key benefits of a VDI solution are?

The decision to implement VDI exists in companies of all sizes, especially those with a limited IT team and limited budgets. Many reasons lead to the decision to establish a virtual infrastructure for end stations (VDI):

D. Need to reduce the effort and time spent with user support To minimize work continuity and increase user efficiency.

God. Growing cyber threats require multiple layers of protection in end units. Instead of implementing physical protection solutions, scanning, neutralization, etc. on the side unit side. Going beyond VDI makes it possible to provide a secure station for users at much more advanced levels.

In recent years, the concept of virtualization in workstations has become more widespread

In a survey conducted with a community of end – world computing experts and conducted by IGEL Community In which 146 edge computing experts were interviewed who are responsible for deploying 2,321,025 virtual desktops around the world, it seems that the prevailing opinion today is that VDI technology should be the mainstream in organizations. The survey also shows the key considerations for moving to VDI. It can be seen that the management consideration is very substantial (85%), as well as greater mobility (81%) and information security (66%) which also constitute an accelerating factor to move to work at VDI in organizations and companies.

Use existing end stations and adopt BYOD securely for the organization.

The solution provides a full-end user experience in a user-familiar format. In this solution each user has their own virtual station but it is controlled and run in a smart central way in the enterprise data center. The technology behind this solution is currently very mature and allows on the one hand uniformity in the set of applications and system settings at the end stations (it is also possible to produce several sets / images for different populations). On the other hand, each user has his own profile, a unique customization environment, full personalization and the addition of relevant applications for him if necessary. 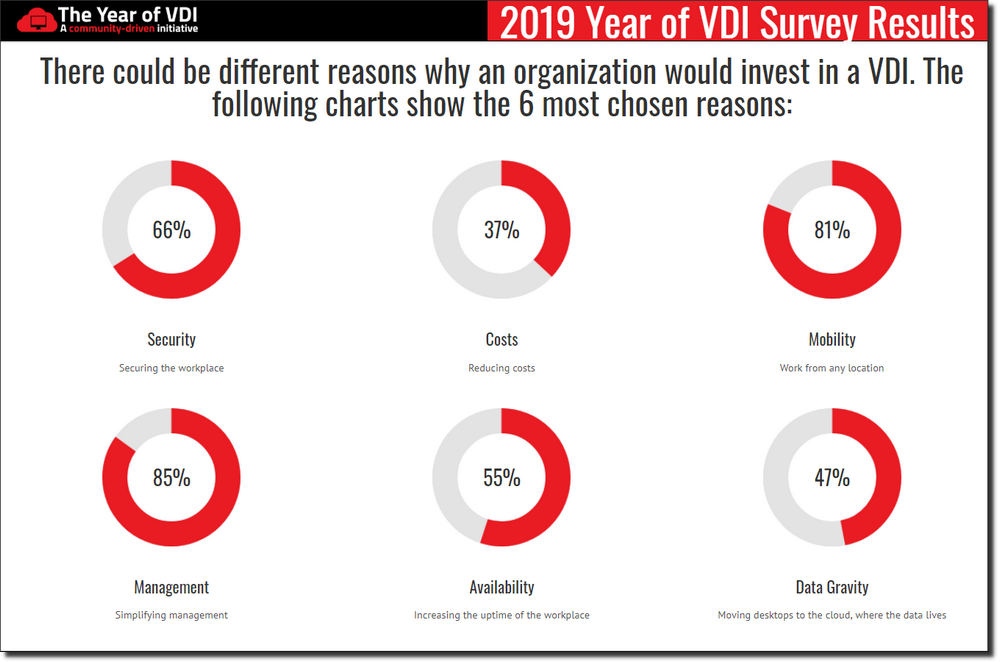 DaaS – Desktop as a Service

This service is based on cloud computing consumption; A third party hosts the back end of the VDI infrastructure deployment. Working with DaaS, desktop operating systems run inside virtual machines on servers in the cloud provider’s data center. All the necessary support infrastructure, including storage and network resources, also lives in the cloud. As with local VDI, the DaaS provider provides virtual desktops over the network to the customer’s end devices, where end users may access them using a standard web browser.

The DaaS service currently provides, with the exception of advanced features, all the benefits of a virtual desktop infrastructure, including remote work support, improved security, and ease of desktop management.

In addition to these, DaaS solutions strive to provide an additional cost advantage. Local VDI deployment has in the past required a significant initial investment especially in Legacy infrastructures (separate computing, storage and network infrastructures). These costs have been reduced thanks to the advent of HCI (Hyper Converged) infrastructure systems that provide the right architectural solution for VDI as well.

In contrast, with DaaS organizations do not pay costs in advance. They only pay for the virtual desktops they use every month. However over time and with the growth of the organization, these subscription costs can amount to very high amounts that will end up being higher than the cost of deploying a local VDI. 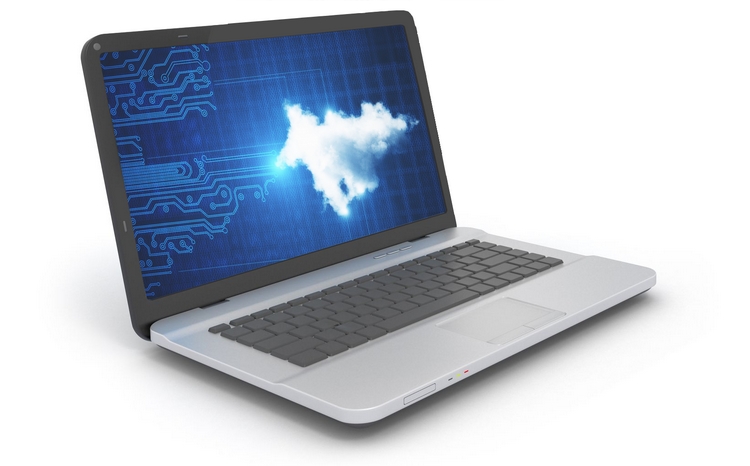 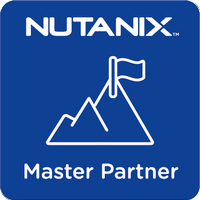 To arrange a demonstration meeting without obligation, leave details 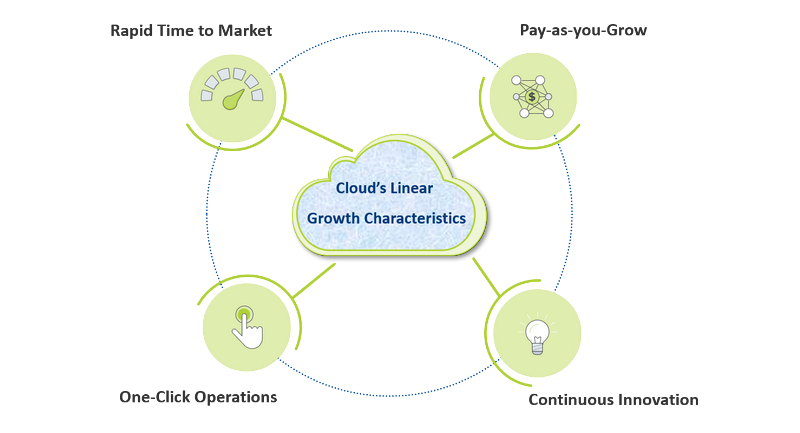 A measure of the success of a VDI project is first and foremost a good user experience at least like the one to which he is accustomed in the existing method. A smart architecture of infrastructure built on flash performance for all unmediated virtual stations which may slow down access. Also, this architecture ensures bottleneck prevention in any array size and thereby provides an excellent user experience. 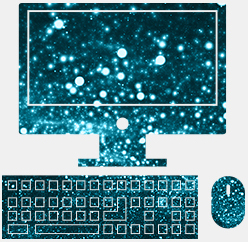 Thanks to the architecture in which the virtual stations operate in the data center in the end devices – the system provides built-in continuation of work from the exact same point following mobility (disconnection and connection). Also, synchronizing the virtual stations to the recovery infrastructure will provide business continuity if required without any need for adjustment or change in the end units.

Modern Hyper Converged-based infrastructure architectures eliminate the need to purchase large initial infrastructure and create a Time to Value fast for implementation and business contribution. It also enables organizations to provide an economical solution that ranges from tens to thousands of virtual stations, while maintaining an excellent user experience and clear budget planning. It also allows for the preservation of investment in longer-term use in enterprise physical stations.

Nutanix’s Framework Platform is a global VDI platform, the only one that is independent of infrastructure and enables simple operation and management of applications and desktops.

The Frame platform was developed and designed into the cloud era and is therefore ultimately adapted to a cloud environment and a solution that is accessible as a Desktop as a Service, in addition to the basic VDI capabilities.

Its main features that are optimized as a cloud platform are API adaptation-driven architecture, supports multitenancy and a multi-cloud environment and enables a flexible consumption model. 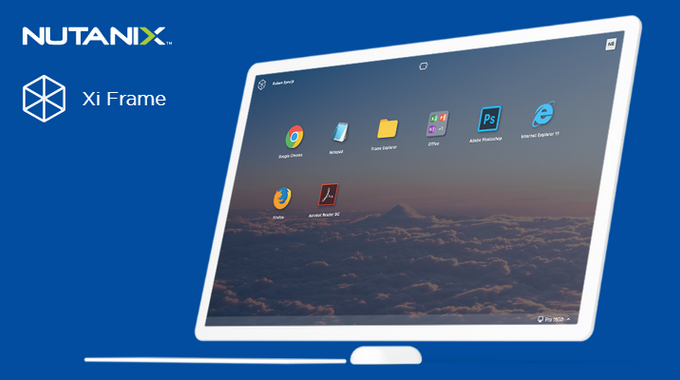